Lost anchor and/or chain cases occurs every year. We set out the trends and cases of the claims we received in the recent years below for accident prevention.

There were 44 lost anchor and/or chain cases (22 involving coastal vessels and 22 involving ocean-going vessels) during about two years and a half between August 2015 and March 2018. Many of the cases involving coastal vessels were caused by Insufficient maintenance, Worn-out equipment and Incorrect equipment handling. Many of the cases involving ocean-going vessels were caused by Maneuvering errors. 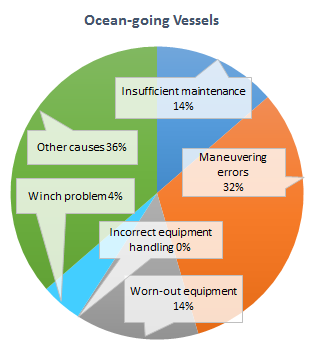 Anchor Crown was lost while lifting the anchor. 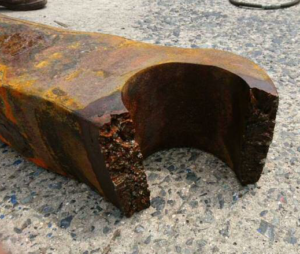 The kedge anchor and wire were lost in the port due to breakage of the wire while lifting the anchor for leaving the port.

The anchor's joining shackle pin came off due to the impact of anchoring. The anchor and chain were lost. 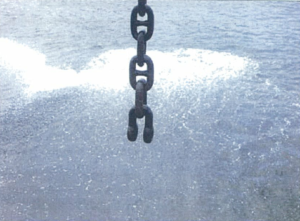 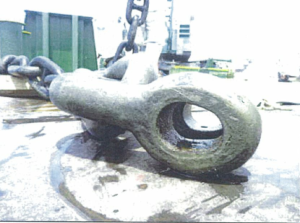 The anchor chain broke while turning the ship to dock in front of the pier.

Due to the worn-out swivel, the anchor chain below the swivel was lost while lifting the anchor.

While the anchor and chain were planned to be lowered appropriately by applying the brake, there was an error in brake operation due to miss-communication between the chief officer and deck crew causing loss of anchor and all12 shackles of chain.

The anchor and chain were lost due to a collision with another ship.

The anchor chain had to be cut and let them go because the windlass was broken down and couldn’t heave up the chain and anchor.

Many accidents were caused by improper maintenance despite that periodical inspections are conducted by Classification Societies. Maintenance of the windlass and controller/stopper is important as well as regular visual inspection of anchors and chains (especially shackle parts.) Ship owners are recommended to discuss with their ship management companies to renew or turn ends the anchor chain timely.

It is important to adjust the speed of paying out an anchor chain by applying a brake especially when anchoring at deep sea. There were cases where an entire anchor chain was paid out in one go caused by deformation of the rod of windlass brake preventing the brake from working properly. Los Prevention Bulletin No 25 explains about secure anchoring.

If an anchor or a chain was lost in port, the berth owner may claim loss of earnings. Some ports including the port of Rotterdam in the Netherlands do not permit the vessel's departure until they collects the lost anchor and chain from the local authority.

If the anchor chain has to be cut because the anchor or chain is caught by some sea floor obstacle, attach an anchor buoy for anchor collection and to warn other vessels. If an anchor and/or a chain was accidentally lost, it is important to record and keep the data (ECDIS, AIS, GPS etc.) of the ship to identify the location. 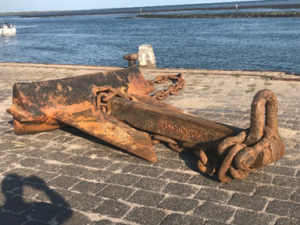 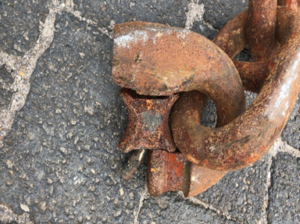 If you are ordered by a local authority or government to remove the lost anchor and/or chain in compliance with the local laws and regulations and you will not reuse (will waiver the ownership of) the collected anchor and/or chain, the search and removal cost will be covered by Japan P&I Club.

However, the profit on sales of the collected anchor and/or chain will be deducted from the insurance money.

We wish you a pleasant voyage.